Trip through History - Albania
GO UP 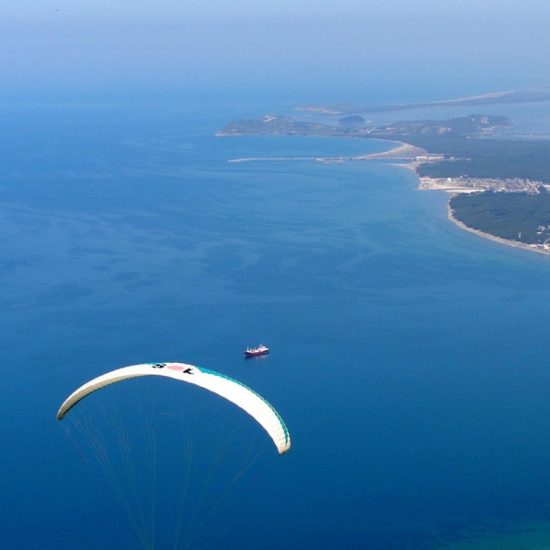 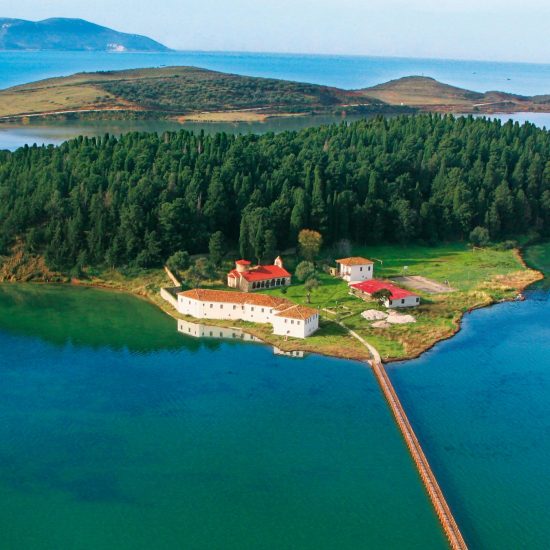 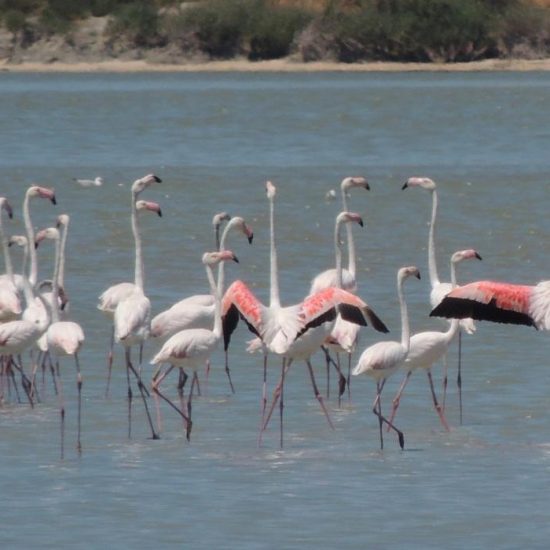 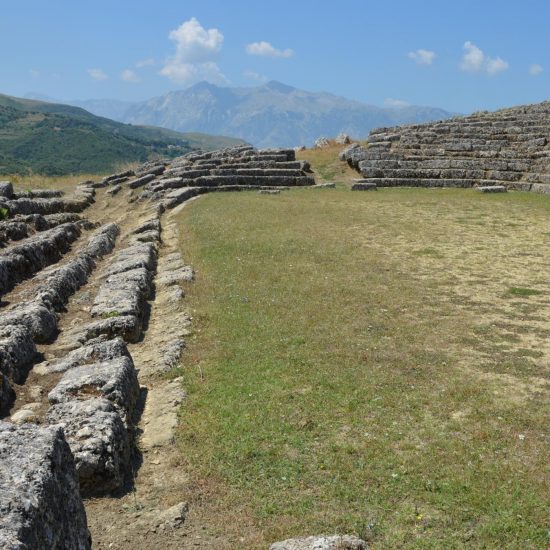 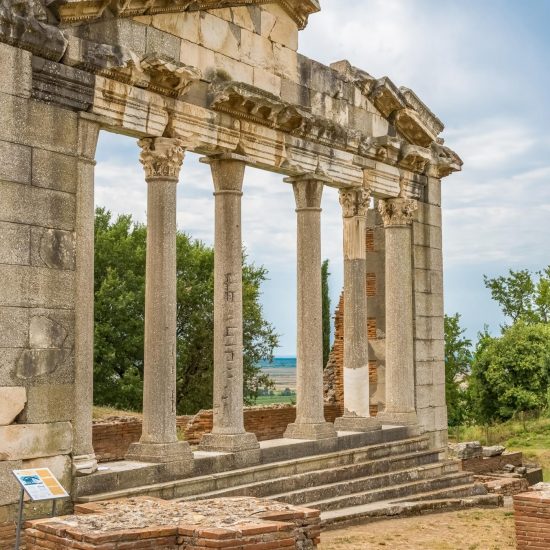 Vlora is one of the largest and most populous cities in Albania. It is 130 km from the capital, 120 km from Mother Teresa International Airport, and is home to the second largest port in Albania. Vlora is rich in history and antiquity. This historic city dates back to the 6th century B.C., when it was known as Aulona. Fragments of the massive wall surrounding Aulona have been found in the center of the city, close to Sheshi i Flamurit (Flag Square). In 1081, the city fell under Norman dominion. In the 14th century it was part of the Kingdom of Arbëria, ruled by the Balshaj, Albanian princes, until 1417 when the city was invaded by the Ottomans. In 1812, the city came under the control of Ali Pashë Tepelena, and one century later, on November 28th, 1912, it became the first capital of an independent Albania, under the government of Ismail Qemali. The most interesting sights in Vlora include the Independence Museum (in the headquarters of the first government), the History Museum, and the Ethnographic Museum. Among the religious objects in Vlora, one of the most important is the Mosque of Muradie, built in 1542 by the chief architect of the Ottoman Empire, Mimar Sinani, who was originally from the region. He is the constructor of the famous Suleymaniye Mosque in Istanbul and is also known for his work in other cities in Turkey such as Edirne (for the Selymie Mosque), Erzurum, and others. Also, a prominent hill above the city is home to the Bektashi Tekke of Kuzum Babai. The site offers an amazing view of the city of Vlora, the peninsula of Karaburun, the island of Sazan, and the lagoon of Narta. There are also several interesting clubs and restaurants in the city of Vlora.

North of the city of Vlora is the lagoon of Narta, the second largest lagoon in Albania. There are 195 species of waterfowl living in the area and Mediterranean woods cover the tract of land dividing the lagoon from the sea. It’s a good place to observe seabirds or to fish. The water is full of different kinds of aquatic fauna, especially eel and seabass. The village of Narta stands south of the lagoon on the water’s edge, and is surrounded by low hills covered with vineyards that are used to make some of the best artesian wines in Albania. The lagoon also offers a picturesque view of the village of Zvërnec and of the nearby island, which hosts the Byzantine-style church and the Monastery of Saint Mary. The lagoon ends at the Cape of Treport, which joins with the forest-covered hill to form a beautiful natural landscape.

Continuing the journey southward, you will be able to enjoy the panoramic view of this part of the Gulf of Vlora. After passing through the tunnel in the area known as Uji i Ftohtë (Cold Water), named after a nearby mountain stream that flows into the sea), you will see the tourist area of Jonufri, with its small rocky beaches known for their crystal-clear waters. Beyond Jonufri lies Radhima, which continues for several kilometers up to the Dukat stream, near the small city of Orikum. The beaches in Radhima have beautiful colors, with vivid contrasts between the deep blue of the sea and the green hills, with their Mediterranean olive and citrus plantations. The Gulf of Vlora is also the perfect place to go diving. There are several sunken ships, such as PO, the Italian hospital ship sunk in 1941 during World War II. You may also want to dive into the waters of Zhiron to observe the green and black algae.

The small city of Orikum lies on the southern end of the Gulf of Vlora, near a marina that can berth 650 yachts. Orikum was one of the most important cities in the ancient world; the settlers from the island of Eubea founded it during their retreat from the Trojan War. Orikum’s strategic position turned it into the main port of the Illyrian Amant clan and it played an important role in the civil wars between Caesar and Pompey. During the Byzantine period, the small port of Orikumi took the holy name “Jericho” because of the presence of a Jewish community in the bay of Vlora. During the Ottoman occupation, Orikumi took the name of “Pasha Liman.” The most important archaeological structures is the antique theater of Orikumi, with 400-500 seats. Another notable local site is the Church of Marmiroi from the Byzantine period. Orikumi is a good starting point if you want to explore the peninsula of Karaburun, which encloses the western part of the Gulf of Vlora. The western shore of Karaburun is spectacular, with small gulfs and isolated beaches with deep and clear water. The marine Cave of Haxhi Alia, a 17th century sailor from Ulcinj, lies north of the peninsula. Antique writings have been found in the steep slopes close to the beach of Grame, whose name derives from the Greek word Gramata. In this place was supposed to be the ancient temple of Ledea, a Pelasgian princess.

The ruins of the antique city of Amantia stand southeast of the Vlora District, close to the village of Plloçë. Amantia was declared an archaeological park in 2005. It was the capital city of the Illyrian Amant tribe. It was founded in the 5th century B.C. and covered an area of 13 hectares. The most interesting structures for visitors are the antique Stadium of Amantia, 60 m long and 12.5 m wide, and the fortifications.

Fier is 34 km from Vlora, and Apollonia is 12 km from Fier. The city of Apollonia, named for the Greek God Apollo, was founded in the beginning of the 7th century B.C. by Corinthian settlers. The first documentation of the settlers’ presence dates back to 588 B.C. The city, located in proximity to the Aoos (Vjosa) River, had 60,000 inhabitants, a large city for its time. Among 24 cities in the ancient Mediterranean world with the same name, Illyrian Apollonia was the most important, as it served as a point of trade between the Illyrians and the ancient Greeks. The city remained equally prominent during the Roman period; Octavian Augustus studied public speaking here. The vast area covered by archaeological ruins, the wonderful view of the plain of Myzeqe and the Adriatic sea, and its proximity to big cities and the southern beaches all make Apollonia Archaeological Park an important site for cultural tourism and also easily reachable for visitors.