Heart of Adventure - Albania
GO UP 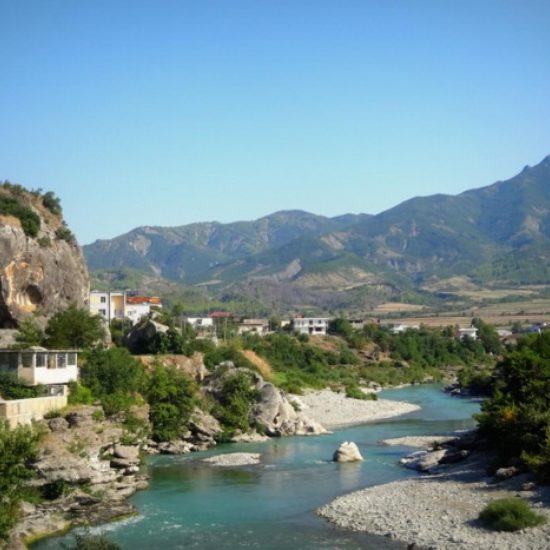 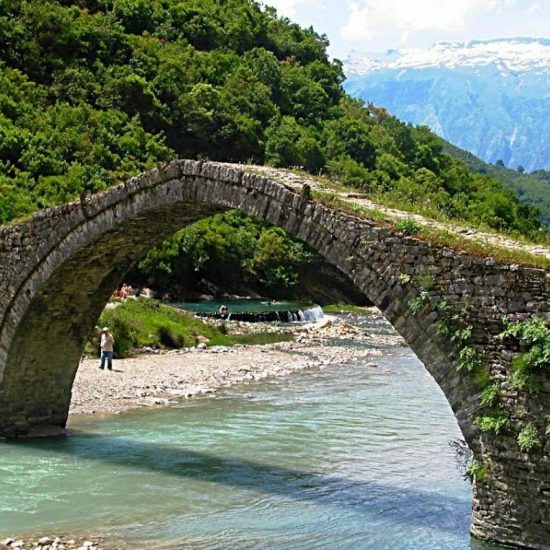 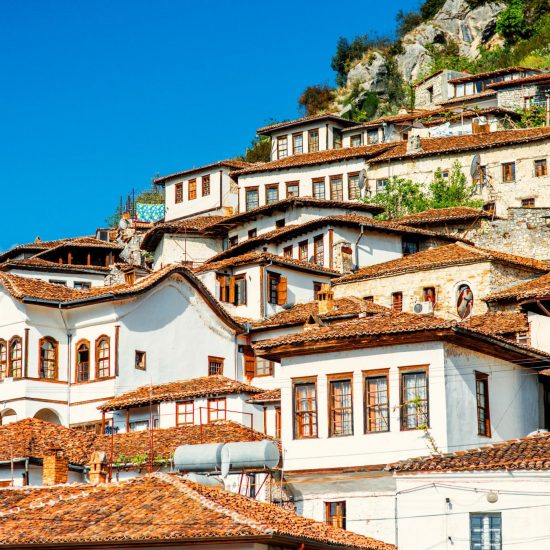 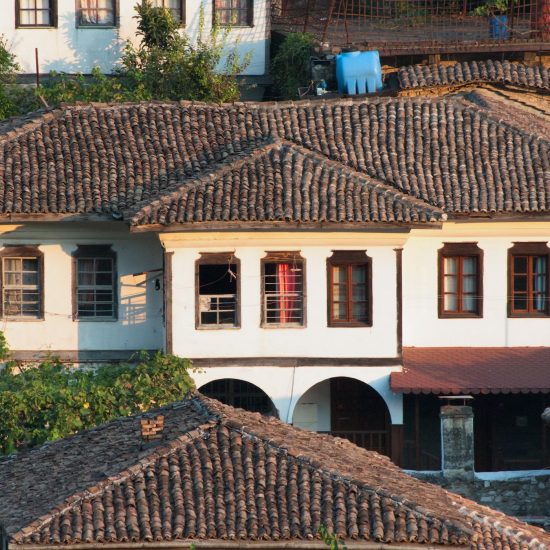 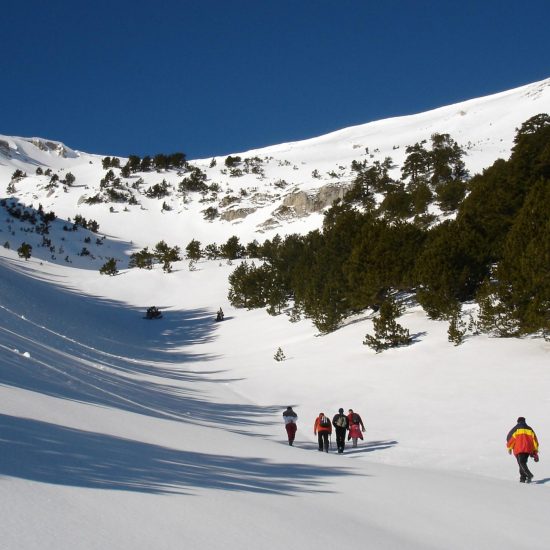 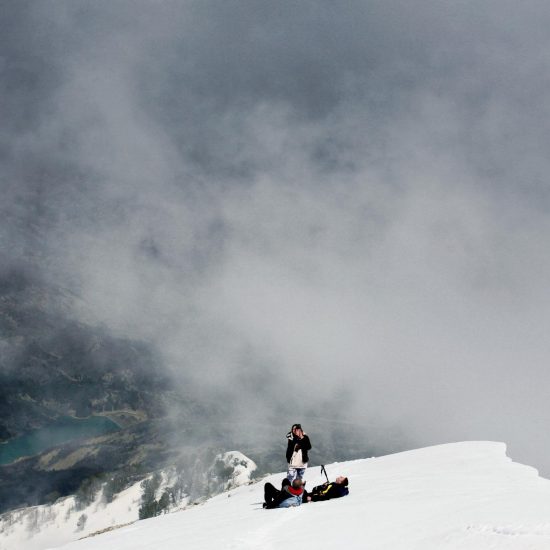 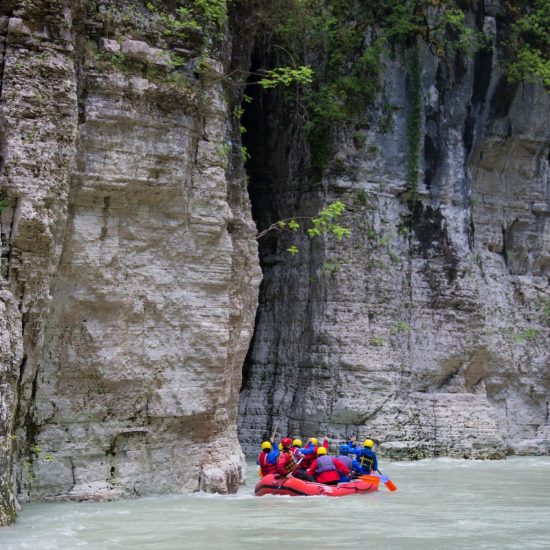 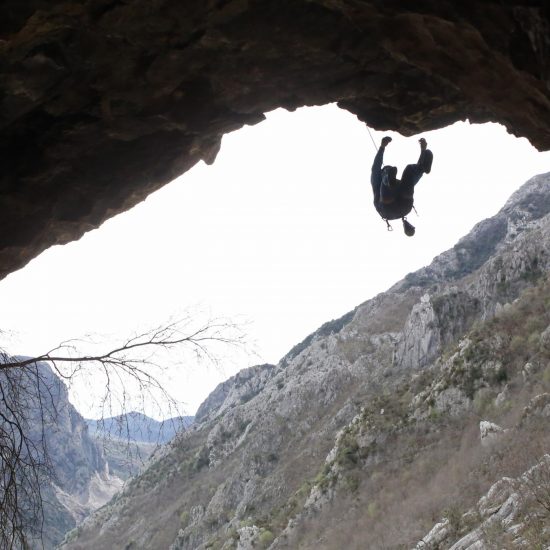 In Përmet you will enjoy the tranquility and the abundance of flowers and greenery without end. You will find hospitality and a touching kindness in the streets, houses, restaurants, and hotels. A night in the pleasant and comfortable hotels on the banks of the Vjosa will leave you with the impression of sleeping amidst the waves of the river itself. Përmet, the city of flowers, roses, unforgettable songs, and tranquility, was known as an administrative center as early as the 15th century, and its several expansive bazaars were often visited by residents of surrounding countries. Today, we invite you to see the Gurin e Qytetit (The City Stone), a surprising natural rock formation synonymous with the city. You should also visit the churches, especially the 18th century Church of Leusa, famous for its icons and wood engravings, and the 12th century Church of Shën Maria in Kosina. The restaurants of Përmet and the surrounding area offer a special cuisine and unforgettable service. Among the city’s traditional famous dishes, you can sample ingjinari with olive oil, game meat (including boar) and delicious fish from the Vjosa. You should also taste the famous wine (cabernet, merlot, etc.) and the traditional raki, as well as delicious gliko, a sweet gelatin made from different fruits and nuts, especially walnuts. During summer, you will find many coves in Përmet along the river in the form of pools carved from the riverbanks. The banks of the Vjosa are often crowded by amateur fishers and during the summer there is an annual canoeing competition that starts at the source of the Vjosa, at the feet of the Pindi Mountains, and ends with a ceremony in the city of Përmet. There are two other annual rituals: the International Multicultural Festival in June and Dita e Verërave (Wine Day) in May. During the same month, the city hosts a national festival dedicated to the famous personalities born in the nearby village of Frashër. Although it is a small city, Përmet is the birthplace of many well-known politicians, scientists, writers, musicians, and artists of Albania. While here, you should not miss the chance to visit Frashër, 30 km away from the city. It is the birthplace of the Frashëri brothers and many other noted personalities that built the foundation of the Albanian nation. Traveling towards the village you will pass through the Bredhi i Hotovës National Park, giving you the chance to see an incredible view of firs, pines, and many freshwater springs. As you leave Përmet behind, the road heads toward towards the city of Leskoviku and the Greek border, just 30 km away from the city. The city is famous for the thermal waters in Vronomero and the hot springs of Postenani. But don’t say goodbye to Përmet without visiting the thermal waters of Benja and the Valley of Lengarinca, just 3 km away from the city. There are six natural outdoor sources of warm curative water there, even in winter. These waters flow from the beautiful canyons of two bridges: Ura e Kaikut and Ura e Dashit.

This 2,407 year old city, an ancient Albanian architectural prize, and under UNESCO protection, is located 120 km from Tirana. The city forms a wonderful combination of eastern and western cultures, costumes, traditions, and outlook. Berat is a treasure-trove of Albanian history and culture, and a testament to the country’s tradition of religious harmony. The city’s life began in the 6th-5th century B.C. as an Illyrian settlement. Later, in the 3rd century B.C., it was turned into a castle city known as Antipatrea. The castle expanded afterwards, particularly during the feudal dominion of the Muzakaj family. Inside the castle, they built churches with valuable frescos and icons, and also a calligraphy school. Uniquely today, residents still live inside of the castle walls. The three major neighborhoods of the old city are Mangalemi, Gorica, and Kala, where the castle itself is located. In Mangalemi, below the castle, you can see the famous view of the façades of the houses, with windows that seem to stand above each other. In general, a traditional house has two floors, where the second is prominent and has many cambered windows and wood carvings. With its houses built along the steep hill, the view of Mangalemi is the reason that another name for Berat is the City of the Floating Windows. Across the Osum River lies the Gorica neighborhood, whose houses face those of Mangalemi. The arched bridge of Gorica, built in 1780, is a beautiful architectural monument constructed to link Gorica with Mangelemi. The ensemble of the Byzantine churches in the castle of Berat is extraordinary. At the foot of the castle, there is the Byzantine Church of Shën Mëhilli, while the 13th century Church of Shën Maria e Vllahernës, the Church of Shën Triadha (The Holy Trinity), and the post-Byzantine monumental Cathedral of Shën Maria are located within the castle. The Cathedral of Shën Mëria houses a museum of works by the famous iconographers of the 16th century: Onufri, and his son, Nikolla. There are over 100 icons on display and they also include works of other artists such as Joan Çetiri, Onufër Qiprioti, and many anonymous painters. You also can visit the Monastery of Shën Spiridhoni in Gorica. In 1417, the Ottomans occupied Berat and this conquest left its mark with the building of monuments to the Islamic faith, such as the Xhamia e Kuqe (Red Mosque) inside the castle, the Xhamia e Plumbit (1555), Xhamia Mbret (16th century), and the Xhamia e Beqarëve (1872). Other sites worth visiting are the Ethnographic Museum, situated inside an 18th century çardak building, and the Edward Lear Gallery of Art, a well-known English painter who painted much of Berat and Albania. In addition Berat is known for its traditional dishes. It is worth tasting specialties such as pula me përshesh and çorba e Tomorrit in the local restaurants.

The city of Berat is a good starting point to explore Mount Tomorr (also called the Albanian Olympus, or “Gods’ Throne”), located 30-40 km away from the city. Mount Tomorr is famous for its mystical appearance; it looks like a giant lion standing behind the city. This is one of the highest mountains in Albania, reaching 2,416 m. The western slope is the most pleasant and is covered with mixed vegetation. The forest is mostly made of beech, pine, maple, ash, and fir. Bears, wolves, foxes, weasels, and rabbits make up the park’s animal population. Mount Tomorr is perfect for mountain climbing, trekking, and other similar activities, and the area surrounding the mountain is an ideal place for camping. Another interesting point on the mountain is Tyrbja e Kulmakut and the grave of Abaz Aliu, the saint of the Bektashi believers, situated at 1,200 m above sea level. During August, pilgrims visit his grave and many burnt offerings are made. This is the biggest pilgrimage for Albanian and international Bektashi.

The Canyons of Osumi

The Cave of Pirrogosh lies near the village of Radesh, halfway towards the valley of Osum, in the stream of Çorovoda. Pirrogosh is the biggest and longest cave in Albania, stretching almost 1,500 m with an entrance 5 m wide. The most interesting part of the cave is the giant corridor full of many different karstic formations. The cave ends with a deep well full of bat colonies.