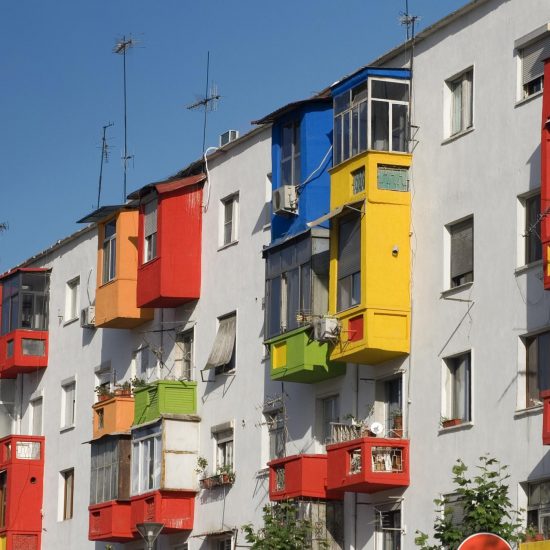 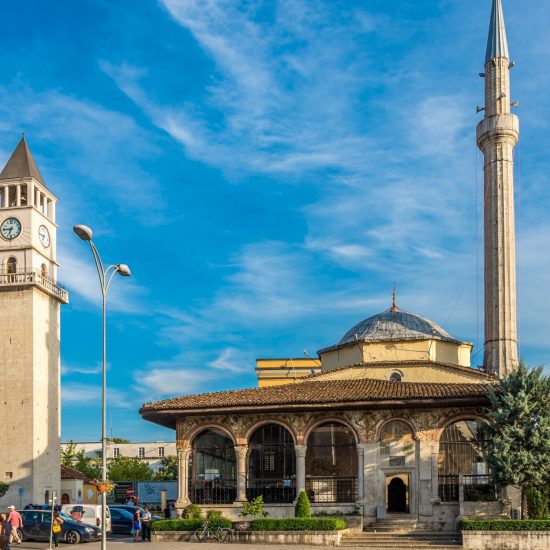 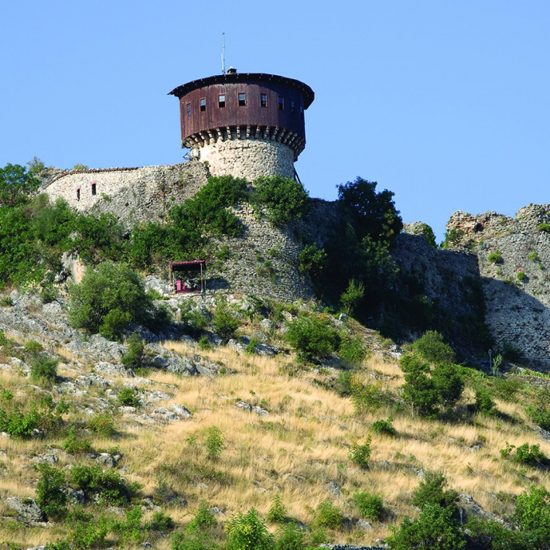 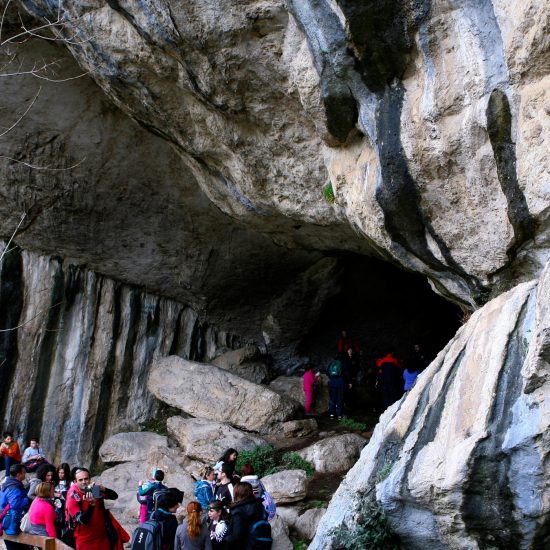 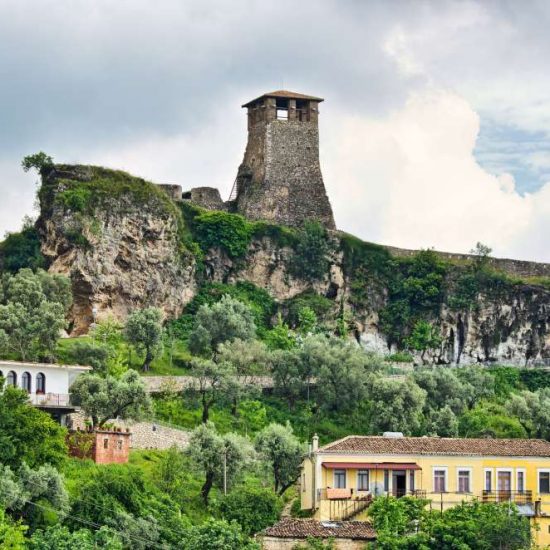 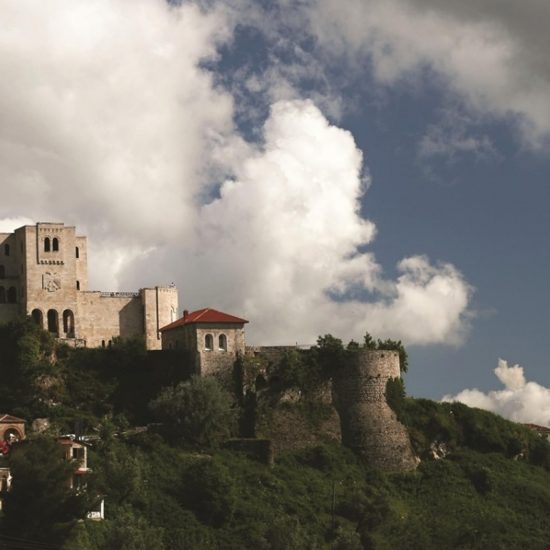 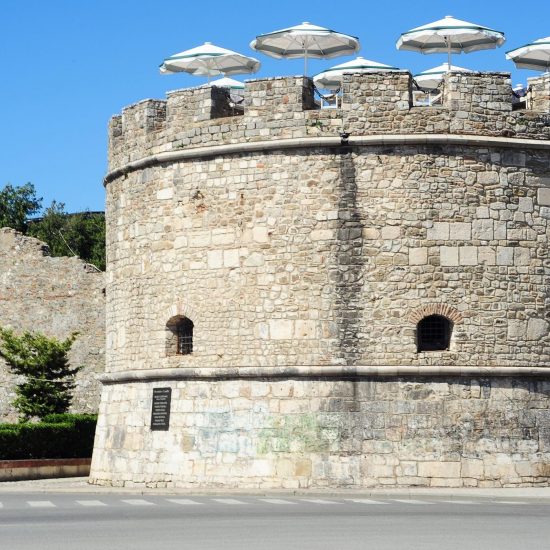 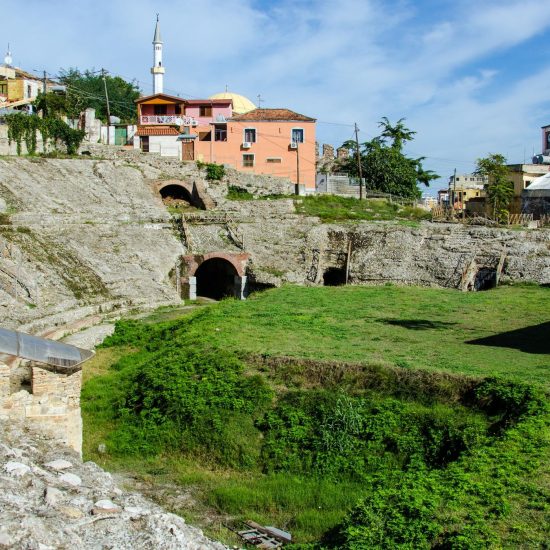 Tirana, the heart and capital of Albania, like all other European metropolises has never-ending movement and energy. With its clubs, bars, cafes, and taverns, Tirana is worth discovering by both day and night. The hospitality shown towards tourists is something that will mark your journey not only in Tirana but also all over the country.

There are different thoughts regarding the origin of the name of the city. Some think that it relates to Tyrrenia (a name of Etruscan origins), while other believe that it relates to the word Theranda (harvest), or to the Tirkan (a castle at the foot of Mount Dajti).

Your own journey might begin by visiting the museums and the key spots such as Sheshi Skënderbej, where you will be able to see the Mosque of Et’hem Bey (built between 1798 and 1812) and the 35 m high Kulla e Sahatit (the Watch Tower), built in 1822 with a San Marco style cupola. Next, you can visit the famous mosaic uncovered on the floor of an old Roman lodge. Its center configures the walls of the castle of the Roman emperor Justinian (A.D. 520). The monumental Tomb of Kapllan Pasha and the Ura e Tabakëve (a bridge constructed in the beginning of the 19th century, located on Bulevardi Zhan D’Ark) are also worth visiting. As a capital, Tirana has the country’s finest museums, theatres, and galleries representing the national arts. A visit to the National History Museum, the Archeological Museum, the Natural Science Museum, the private Mezuraj Museum, and the National Gallery of the Arts will leave wonderful memories. You can also pass a pleasant evening in the National Theatre or the Opera and Ballet Theatre. For dining, Tirana offers both a rich traditional cuisine and a variety of foreign fares, from Italian to Chinese, or even Indian. There are also several clubs and restaurants on Mount Dajti to discover and enjoy. The mountain is reachable by cable car, which provides a fantastic view of the city. In the Tirana region you may also visit the castles of Petrela and Preza, as well as some natural attractions, such as Pëllumbas Cave, Shkalla e Tujanit, and more.

The historic city of Kruja lies on a panoramic mountain slope 32 km from Tirana, 600 m above sea level. The city is one of the most beautiful tourist spots due to its natural views and its history. Here, Gjergj Kastriot Skanderbeg protected Albania and Europe from the Ottomans. The most important attraction of the city is the Museum of the National Hero, Gjergj Kastriot Skanderbeg, situated in an Illyrian castle, which took its present facade during the 5th-6th century. The castle has nine towers, a few houses, and the Teqja e Dollmasë. The hamam is on the western side of the castle. Inside the castle grounds, you can also visit the Ethnographic Museum, a typical house made of çardak, which belonged to the illustrious Toptani family. The traditional market of Kruja stands near the castle. It is one of Albania’s largest handicrafts market. This bazaar has operated since the 15th century. On the top of the mountain over the town of Kruja is a religious spot called Sari Salltiku (Bektashi). There, visitors can find shelter and accommodation if they wish to climb. From there, travelers will find a magnificent view toward the valley and further to the Adriatic Sea.

Durrës, home to the biggest seaport in the country, is located 34 km away from Tirana. It is the most ancient city in Albania, with almost 3,000 years of history. Its foundation dates back to 627 B.C. when the Corinthians and settlers from Corcyra invaded the Illyrian territory of the Taulants. The city is home to many ancient archaeological sites and finds. The most notable tourist attraction in Durrës is the amphitheater of the Roman Emperor Adrian with 15,000 seats, the second biggest amphitheater in the Balkans. During the 9th century, a small church with mosaic-covered walls was built nearby. You can also see the bathhouses of the 2nd century A.D. and the nearby Byzantine forum of the 5th-6th century with marble columns. One-third of the original wall of the city castle is still standing, and you can even walk along the same road that Caesar himself once strolled. The Archeological Museum is located in a new building on Sheshi Taulantia, one of the most important of its kind and of great interest to visitors. The most renowned archaeological structure found in Durrës is “Bukuroshja e Durrësit,” a mosaic from the 4th century B.C. Today, it is exhibited in the National Historic Museum in Tirana. In addition to its historical value, Durrës is also a beautiful place to take a break, due to its sandy beaches, hotels and urban feel. You will find excellent restaurants and accommodations all along the sea’s edge.

Located at the Shkumbin River, where it crosses the famous Via Egnatia, the city of Elbasan – ancient Scampini – is just 50 km away from Tirana. In ancient times, Scampini was a Roman fortification, but in the 4th century it received a new administrative status and, with its new name Hiscampis, became one of the major cities of the new Epirus, home of the area’s only Roman legion. According to the historian Tit Livi, King Pyrrhus of Epirus was the first to teach others how to construct a camp, which is why the city’s fortification is in the form of a square. In the 6th century, the city broadened beyond the walls of the castle due to its needs as center of the episcopate, with several cathedrals and a large basilica on the hill of Tepe, near the castle. In 1466, the Ottomans took control of the castle of Scampini and reconstructed it almost entirely. They renamed the city Elbasan and it became center of the sanjak (Ottoman administrative region) between the 17th and 18th centuries. This was a time of flourishing trade, both in and out of the country, which encouraged the significant development of handicrafts. Today, tourists can visit the Church of Saint Mary, the King Mosque (inside the city walls), the Mosque of Naziresha (very rare because of its feminine name), and the Ethnographic Museum. In the district of Elbasan there are also two very unique churches painted by Onufri, the famous Albanian painter of the 16th century. You should travel to the villages of Shelcani and Valëshi, in the region of Shpat. Additionally, just 4 km before the entrance of Elbasan, coming from Tirana, there is the Monastery of Shën Gjon Vladimiri. It dates back to 1381 and was constructed by the Albanian prince Karl Topia, who buried the bones of Saint Gjon Vladimiri there. A few kilometers away from Elbasan are the llixhat, hot springs used since Roman times. There, you can find accommodations and other facilities.